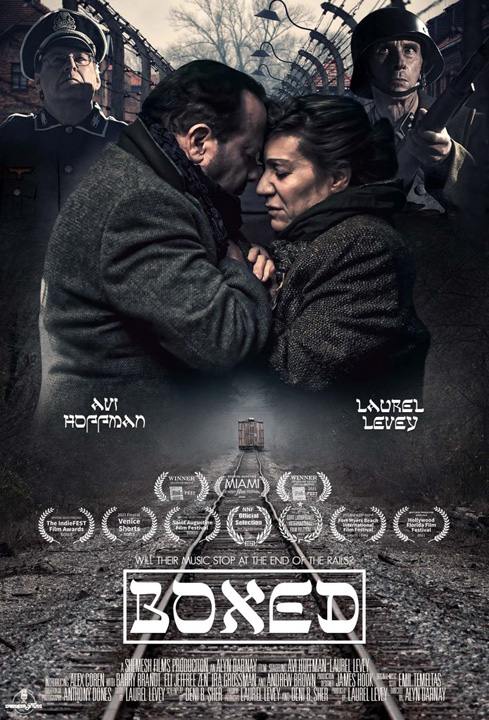 BOXED - is a fictional love story of Leah and Dovid and their journey in a boxcar en-route to Auschwitz.
The unusual nature of the film's narrative creates a palate for relating their story during two distinct eras, the early 1940's and the early 1970's.
BOXED is a story of faith, hope, and survival, while struggling to overcome the clutches of true evil.

BOXED is believed to be the first film about the Holocaust film to have been produced in Florida.

BOXED was filmed mostly in Yiddish with some German and English rounding out the dialogue. It is, however, complete with subtitles.

BOXED is coming to Film Festivals all over the World!

Check out both films, they're good mysteries that'll keep you guessing.